Already almost two weeks into 2012, we are still trying to catch our breath and catch up with the end of year and 2011. Since we usually go into January with the annual Mall of America event, we start the new year behind and still thinking about the previous year.

2011 was a mixed bag of a year with many sad losses among our animals,some we expected but many we did not. There never seems to be a dull moment or a day like the one before doing this kind of work that we do at Home for Life but some of the upheaval we could have done without. The majority of our animals are now over age 10 ( over 70% of them ) so some of the losses were inevitable yet still hard to bear.
The economy continued to be a challenge,with many animals needing help after their owners fell on hard times: deaths, job losses, bankruptcies, tragic illnesses all brought desperate animals to Home for Life. Then there were the animals we helped who had been abandoned, , tossed over our gate or left in farm fields, left to starve or to freeze AND starve outdoors. We got calls from good samaritans who saw these forfeited pets and couldn't leave them to suffer but could do little to help them on their own other than try to make a call on their behalf. Shelters and rescues everywhere were full and turned these animals down. We strained to try to help as many of these lost souls as we could even as we saw many of our donors and sponsors have to suspend their support when they lost their jobs. We were relieved and happy to be able somehow to find the means to help the animals that crossed our path this year and to reach the end of 2011 with all the animals at Home for lIfe healthy and content.

Even though we were not sorry to see 2011 end, there were some successes too inlcuding our fall gala, which sold out to our surprise. If this event was any barometer,it seemed that as 2011 drew to a close, most people who attended were sick of worrying and feeling melancholoy about the future and were ready to seize the moment and celebrate what they could including the many animals Home for Life has helped in 2011.

In November I received an unexpected boost in the form of a letter from a teacher at Oak Grove,a Bloomington middle school and a check from her students for over $1500. This was the kind of surprise that is always welcome but it was the letter accompanying the great donation that will be something I always treasure. 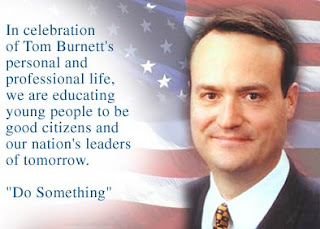 The money for the check was raised by the students of Oak Grove ,a middle school located in the city of Bloomington where the late Tom Burnett Jr. went to school as a kid and graduated from high school. Tom Burnett will always be remembered as one of the courageous passengers on Flight 93; on September 11, 2001, Tom and his fellow passengers gave their own lives to stop what they had learned was a terroristic attack on our country. Their heroism, to do something to stop the hijackers before they crashed Flight 93 into its intended target, undoubtedly saved many innocent lives. Each year students at Oak Grove remember him by raising money through a community day of service and a variety of activities: collecting cans, selling hand made items, helping to pack groceries,ect .Then the funds are pooled, and the students vote on which charity will receive the support from their volunteer efforts. This year, the students voted by overwhelmong majority to donate their pooled funds to Home for Life.

The school hopes that this annual fundraising drive will instill some of the initiative, courage and concern for the larger good which Tom Burnett exemplified throughout his life and especially that fateful day on September 11. None of us will ever know when we may be in a situation that asks all of us that we have to give; we can only hope to be able to do something, to respond with the selfless courage of Tom Burnett when that moment arrives. 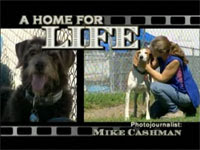 The students' teacher wrote that the some of the kids had seen the feature on Home for Life from Minnesota Bound when they happened upon our exhibit at the Mall of America holiday event last year. Their teacher said that the kids liked the feature,especially that we help animals that no other rescue or shelter will care for,and that the animals then give back to vulnerable people in our community through our outreach programs. Word spread among the students, and many of them then went to our website and viewed this feature and our other videos on line.
We were so touched that, on this the 10th year anniversary of 9/11- a very emotional anniversary for our entire country- these students of Oak Grove chose Home for Life to receive their gift as a tribute to Tom Burnett. This vote of confidence in what we do-more than the money- made all the struggles of 2011 worth it, and helped to give us the courage to face another year . Read more about Tom Burnett Jr and how students from all the Bloomington public schools, including Oak Grove Middle School, remember and honor his life in this article from the Minneapolis Star Tribune.

Home for Life's 2011 Vimeo features the photos of Mark Luinenburg: who captured the moments we will always cherish when remembering 2011. Here's to the New Year in 2012: let's make it a great one!
Posted by Kris on Friday, January 13, 2012