Whatever happened to River & Smokey?

Did you know that in the U.S., up to 90% of animals will lose their homes during their lifetimes? Most animals surrendered to shelters are just 2 ½ years old. Shelters and rescues work hard to find new homes for these animals, but only 24% of them get adopted each year. The adoption numbers for older dogs are much more grim, let alone for senior pets who are bonded pairs and hope to stay together. Statistics like these make clear how rare it is for a dog or cat to land in a stable, loving, lifelong home. Although older animals have a hard time finding a new home, age 8 is really middle age for an animal, who will still have half their life or more to live after that benchmark. But many shelters and rescues won’t accept a surrendered animal over age 8 or even age 6;they know that animal will be perceived as “old” by the prospective pet owner looking to adopt and will be difficult if not impossible to place in a new home. For an animal who is a senior and now surrendered to a rescue or shelter, there is the compounded trauma of losing their home and then realizing they are unwanted and likely not to get a second chance.

This spring, you may have read about two special senior dogs, one blind and one deaf, whose owner had lost his home after his wife died. He desperately wanted to find a new home for his boys, one that would keep the two dogs together. Their owner described how he acquired both dogs when they were just puppies:

“Smokey's mother was picked up by animal control when she was pregnant, so he was born into the +system. He came into my life when he was three months old. He turned blind about two years ago, but it hasn't stopped him from being a lovable guy. River was found floating down the Mississippi river, as a puppy. Hence, his name. They are both getting older, but are a great couple of dogs, and I so want to give them the opportunity to live out the rest of their days, together.
River and Smokey have been together since they were puppies. Now both age 11, the two big guys had become each other’s eyes and ears and relied on each other to navigate the world. Smokey, a collie/Doberman/Shepard mix, lost his sight about 2 years ago while River lost his hearing about the same time. Together since they were just about 3 months old, the dogs have forged a bond and are inseparable, depending upon one another to face the world: Smokey ears for River and River eyes for Smokey. Their story touched the hearts of dog lovers around the country, as their story went viral, and their owner desperately looked for a safe landing for his dogs before he lost his house. 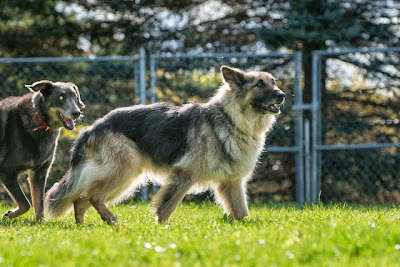 The owner contacted Home for Life to help the dogs, but we were at capacity so, we asked him to hang on to them until his house was sold, in the hope we would be able to work them in a few months. But he worried that he was not providing the care and attention the dogs needed given his demanding work schedule and continued to look for a rescue to help his dogs.

We assumed that River and Smokey were going to stay with their owner until his house sold. Time marched on, and when we didn't hear back from the owner we lost track of the two dogs.

The next information we heard about them was about four months later, when a supporter contacted us via Home for Life's Facebook to see if we would take them. River and Smokey had landed with a local foster based rescue – Ruff Start Rescue of Princeton MN- and they were looking for a home for the two dogs where they could stay together. We will always be grateful to Ruff Start Rescue for taking Smokey and River in to their foster based program at this critical point. Had they not stepped up to help the dogs when no one else would or could, it is difficult to think what the outcome would have been for River and Smokey as older homeless dogs. 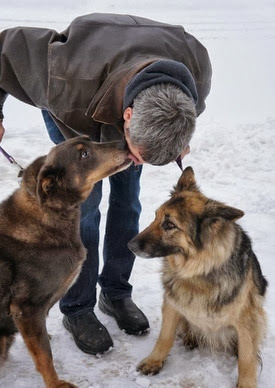 The Two Dogs with their former owner this winter

The rescue assigned the two brothers to a foster home in Bloomington, and attained publicity via many news and internet outlets including KARE 11 news. 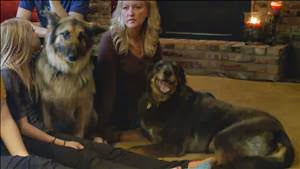 On the feature story that aired on KARE11, the foster  pledged that Smokey and River would remain together forever whether that meant they stayed in the foster home or found a new adoptive home. Watch the Kare 11 video.

Unfortunately, this pledge could not be fulfilled when the foster home did not work out for Smokey and River. Smokey was alleged to have chewed some woodwork in the foster home, and then the foster accused the two dogs - who had been comrades and friends for over 11 years - of fighting with one another. She gave the rescue less than 24 hours to remove the dogs from her home. The rescue had no other foster homes available and had no choice but to put the dogs into boarding - in separate kennel runs.

Home for Life learned of the two dogs’ latest predicament after a volunteer from the rescue contacted us, recognizing that the dogs were deteriorating in the boarding kennel, losing weight and becoming depressed and despondent. They had no future and no prospect for another foster home let alone for adoption.  River was having trouble walking without pain, and there was talk of putting him down. Smokey was physically better off but was lonely and afraid, without his brother in the unfamiliar setting and unable to see.  We decided that the two older dogs deserved to have a safe and peaceful home -together- for their last years, and this time decided not to pass up the second chance to help them. The two dogs came to Home for Life late this summer. 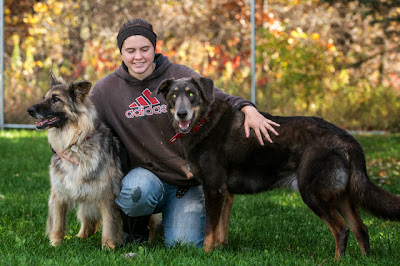 It's hard to think of how alone an animal must feel when they lose their home: an animal surrendered by their owner or separated from them via circumstances is never more vulnerable, forced to rely on the kindness and mercy of strangers for their survival and any hope for a future. Animals who come into a rescue or shelter from the same household are often separated to make them more "adoptable”, where one of the individuals seems like an easier placement. This tactic to obtain a new home for one of the animals at the expense of the other who may be less appealing disregards the friendships between these family members. Now an animal has not only lost their home but their best friend as well, a blow they may never recover from, whether they find a new home or remain behind, unwanted.

Sanctuaries, as true homes to their wards, honor the bonds and friendships among their animals. Certainly having the opportunity to observe our dogs and cats over time has confirmed that animals form strong alliances and close friendships just as we do, mourn when their treasured friends pass away and rejoice when they are reunited with a long lost comrade. Animals have long emotional memories, and never forget their loved ones be they two-legged or four. Dogs and cats kept as pets seem to be valued only insofar as they have a relationship with a person but their friendships with other animals are just as important a part of their well-being and quality of life. Yet so many animals are socially isolated from others of their own kind and are very lonely even with attentive owners. Animals of the same species have an unspoken understanding, and those who are friends have an even more profound connection. We feel fortunate that, as a care for life sanctuary, we can provide a rich social life for our dogs and cats and the opportunity to foster the touching bonds between pairs of animals that have found their way to us. Although their foster home claimed that they were aggressive with each other, River and Smokey have been well behaved at Home for Life and seemed relieved and grateful to be reunited. They have their own townhouse at the sanctuary. Both dogs needed and are now on medicine for arthritis, and they are so much more comfortable. Both have gained weight, and their coats are shiny and healthy. They both were recently groomed and look handsome and loved the “spa experience”. 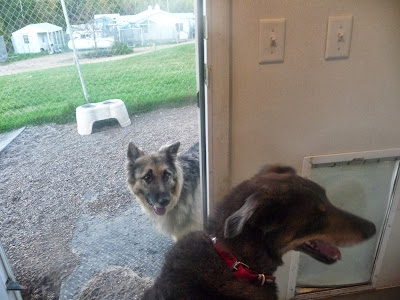 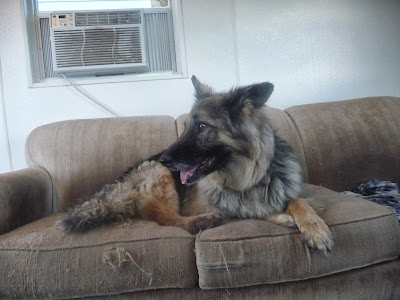 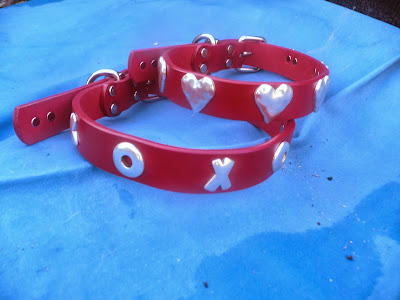 New collars for the dogs: for River: hearts, for Smokey: hugs and kisses, both from Dogla of Gig Harbor, Washington

Now settled in at Home for Life, their  life at the sanctuary is nothing like the years they had with their family  but is just as fulfilling as they enjoy new found canine companionship, the freedom to go outside when they want, plenty of daily activity and superior food, vet care and grooming. The stimulation of the daily activity, exercise, and companionship from humans, dogs’ friends and many new experiences keep the dogs young at heart. Their life is much different than when with their prior family but the essential qualities that create a quality home for any animal are present at the sanctuary: loving care, a place to belong, companionship, safety and security. 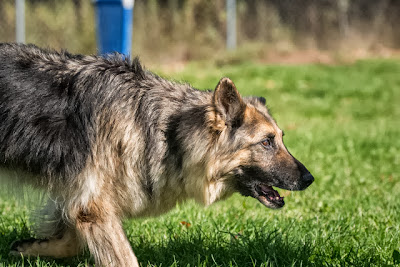 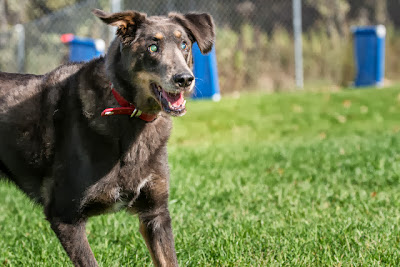 Smokey
Home for Life believes a place can be created for animals that may be overlooked for adoption but who still can live a quality life and that these animals include the senior pet.  In theory, older animals are “adoptable” or “place able” but these definitions matter little to a dog or cat who can’t find a home and is out of options. An animal is not “adoptable” if no one wants them.    Older animals have the capacity to hope for better days ahead, and inspire us with  their ability to live in the present to make the best of all that is good in their lives. If they can enjoy any aspect of their life, those qualities are what they focus on. . Animal welfare needs to create safe harbors - sanctuaries- for senior pets which offer quality and loving care for those cats and dogs( and other animals too!) who want to live and can live even if the next chapter of their life can't be in an adoptive home.. Our senior animals know that each phase of life is precious and that a home can be defined in many ways. 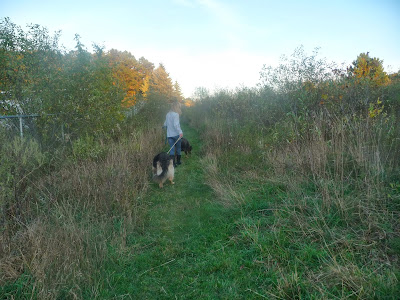 You can meet Smokey and River in person at our upcoming Fall Gala, the Fancy Feast, November 19, 2013 at the Metropolitan Ballroom in Minneapolis. Our other special guest will be Temple Grandin.  More information and reservations are available here: http://www.homeforlife.org/events.htm 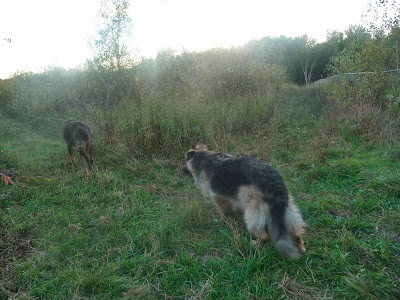 Posted by Home for Life Animal Sanctuary on Thursday, October 24, 2013