Home for Life Sanctuary featured in the Bangkok Post! 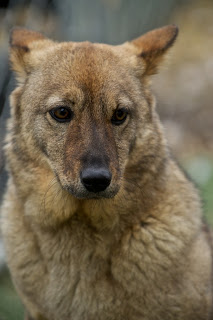 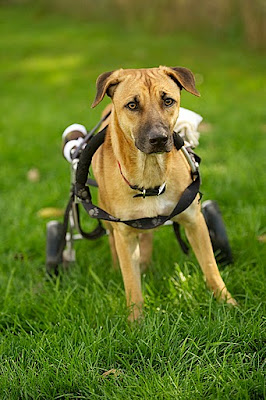 Soidog.org,located in Phuket Thailand recently asked Home for Life to help two of their special needs dogs. Both Indi and Chok-Dee are paraplegic and Soi Dog,though no kill, believed that the two dogs would not have been able to receive the long term care they needed in Thailand. In September, the two comrads made the long journey from Bangkok to Minneapolis, with a stopover in Amsterdam.

Both dogs are doing well since arriving at Home for Life despite having to adjust to a drastic climate change. Indi and Chokdee have taken to their carts readily and Chokdee particularily loves to run at top speed in his.


The Bangkok Post wrote this great article about the dogs' journey to find their home for life at our sanctuary. The article ran in the October 27,2010 edition of the paper.

ChokDee,which means "lucky" in Thai, was named by the policeman who found and rescued him. His original name was Leo,then changed to "Haan", a Thai word meaning brave which ChokDee certainly is.But John and Leonard of Soidog thought Chokdee suited him better and that has remained his name since arriving at Home for Life.


Photos of the two dogs were taken in late September at Home for Life by Mark Luinenburg
Posted by Home for Life Animal Sanctuary on Tuesday, October 26, 2010