Shy Animals at Home for Life 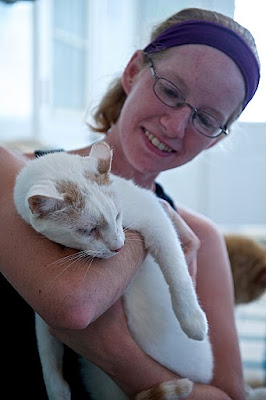 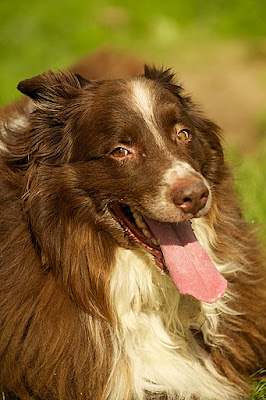 Among the animals at Home for Life for behavior concerns are several shy dogs and cats.
In our society which values extroversion, a retiring nature is not viewed as an asset. For an unwanted animal, this personality trait can mean an untimely death. A shy animal takes time to reveal his or her true character, and time is the one thing most unwanted animals do not have. If you have ever visited a shelter or a rescue group with their animals on display for adoption at a petfood store, it is obvious the animals there understand that they have to"sell" themselves if they want a chance. The cats reach their paws through the cages or press their faces to the bars and cry out to you. The dogs try to catch your eye,then bark,whine and smile,trying valiantly to charm you into helping them. It's as if they know they have to give the animal version of the 10 second elevator pitch or commercial-that is all they or anyone has nowadays to try to make it through all that competes for our attention . An animal,cat or dog, who does not come forward , will be passed over. Even "experts" associated with shelters or rescues who assess animals' behavior for tempermental stability will consider a shy animal with caution: the view is that a timid animal cannot be trusted and may become a "fear biter". Being an extrovert is tantamount to being considered stable and "adoptable". Dogs who are generally, though not always, outgoing, have more efforts made on their behalf for rescue and placement,while cats,considered introverted and self possessed, continue to become homeless and are euthanized in agonizing numbers.