DID YOU KNOW? At Home for Life Sanctuary, we care for animals from all over the United States and also many foreign countries.
Currently, about 10 % of our animals come from other countries, and we care for dogs and cats who have come to us from Thailand, Korea, Japan, Taiwan, Mexico, Canada, Saudi Arabia and Iran.
Some ask why we would help animals from other countries, and wonder how these animals find their way to Home for Life from thousands of miles away.
In one sense, these dogs and cats are far away, but in another, with the world smaller and more connected than ever before, these animals aren't far away at all. Because of the internet, we're more aware of the great hardship and deprivation faced by animals in many other countries. Who could forget a dog like Shoja, once they see his picture? Shoja is from Iran's Vafa Shelter. He is a sighthound mix, whose ears and tail were cut off before he was rescued. He was found on the side of a busy road, outside of Tehran, laying in the snow and unable to move. He had been hit by a car, and his left hind leg crushed. He was in such poor condition, so weak and emaciated, that he was unable to move. The kind person who found him brought him to Vafa, where their veterinarians tried their best but were unable to save his crushed leg which had to be amputated. As if all this was not enough, Shoja contracted distemper after his surgery. The dedicated veterinarians and staff members at Vafa pulled him through, but Shoja was left with nerve damage and a persistent tremor. It is hard to imagine how anyone could view this video or photos of Shoja and not have your heart go out to him. 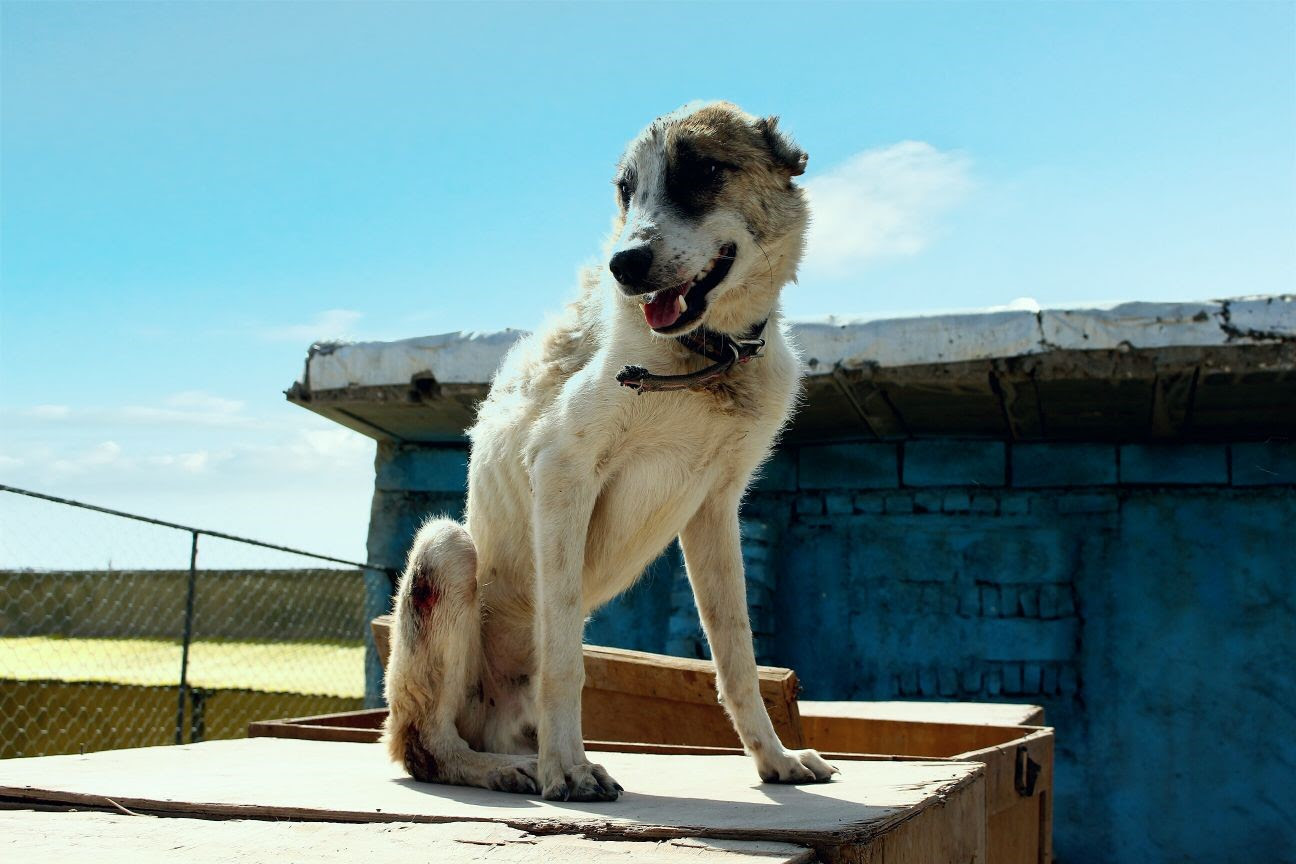 Compassion for animals like Shoja is the common ground we share with those working on behalf of animals in other countries where conditions and difficulties faced by advocates are on a scale hard to imagine here in the United States. With the internet, knowledge of Home for Life's unique mission has become accessible to people who care about animals who otherwise may have never heard of us or known that it's possible for special needs dogs and cats to be saved if they couldn't be adopted. Most of our international rescues come to us because of extraordinary medical needs that cannot be addressed in their home country and which will require specialized care once they arrive.
The obvious question is why Home for Life would help an animal who lived thousands of miles away, in another country. To meet these animals, and learn their stories, it's clear that we couldn't disregard them just because of where they were born. No matter where they have come from, as with all our animals, it is clear that they have few options and desperately need our help. As the writer Maya Angelou wrote, "Love recognizes no barriers. It jumps hurdles, leaps fences and goes thru walls to arrive at its destination full of hope."

Part of Home for Life's mission is showing what's possible- that animals like Shoja can live a great life if just given the opportunity. Everywhere there are animals who deserve a chance and want to live, but for whom adoption into a typical home is not an option. While conventional shelters and rescues focus on "adoptable" dogs and cats, few opportunities are available for special needs animals. Home for Life, the third door in animal welfare, provides a loving lifesaving and innovative alternative for animals who may never find an adoptive home but for whom euthanasia is premature and inhumane.
Animals like Shoja illustrate what's possible- that these dogs and cats can live a great life in a setting suited for their needs. Their lives and stories prove that it's possible to make the best of a terrible start in life- living examples of goodness triumphing over selfishness, meanness, cruelty and fear as they go on to have a full life and even give back as part of Home for Life's Peace Creatures community outreach programs. 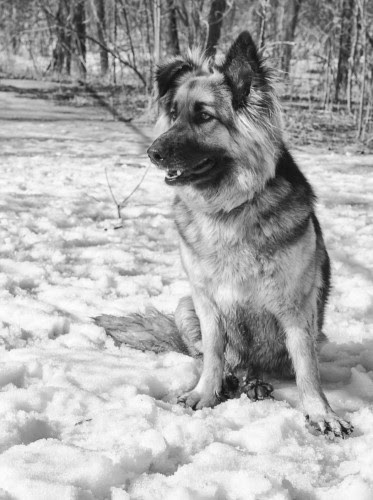 Animal sanctuaries- the third door in animal welfare-are needed everywhere as worldwide interest in Home for Life attests. To learn about Home for Life and our services has given hope to people working on behalf of animals in other countries who face many challenges trying to protect them and provide humane care. Our supporters should know that when an animal is sent to Home for Life from a foreign rescue, that rescue pays all expenses to send the dog or cat to us - veterinary exams to certify the animal for travel, and all flight and ground transportation costs. Sending an animal to Home for Life, and raising the money to pay for their transportation is completely unselfish- the animal welfare activists in these countries want nothing more than to see these special dogs and cats have the chance that they cannot give them in their home country.
In many countries animals are still the victim of outrageous cruelty and ignorance. For example, Kitchee is a dog we helped from Saudi Arabia, born with deformed legs and nearly stoned to death when not even a year old. Her journey was featured in the Public Television production on Home for Life, Soul Creatures. 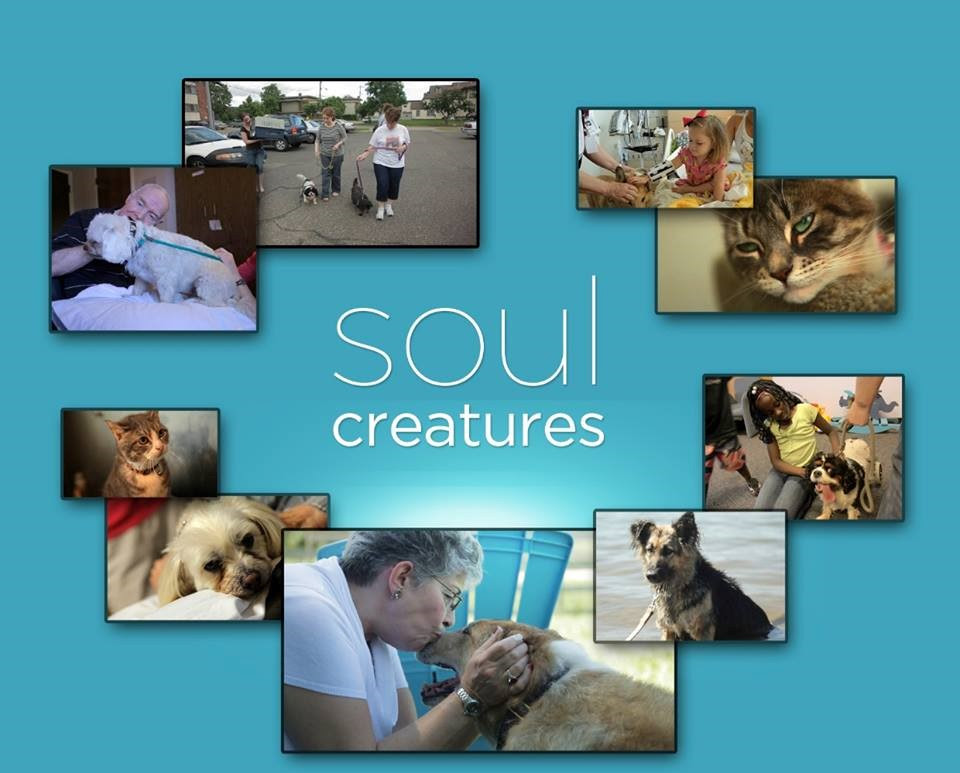 Goofy, from Thailand's Soi Dog Foundation, was rescued from the dog meat trade. Thousands of dogs are shipped from Thailand into Vietnam and China where they are tortured, sacrificed and eaten in barbaric dog meat festivals like Yulin, which was the subject of international protest this year. 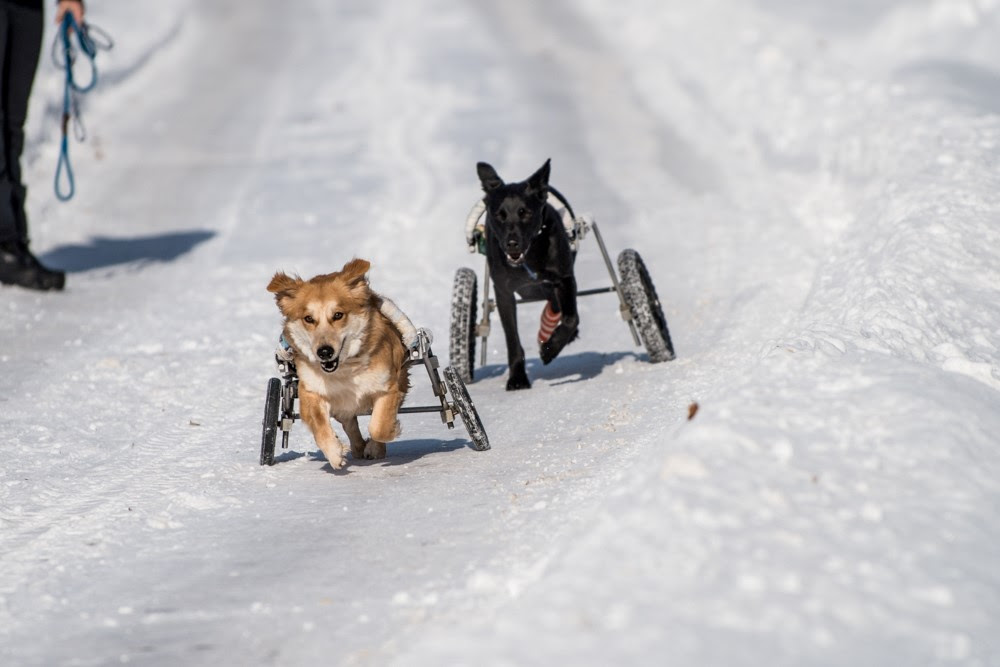 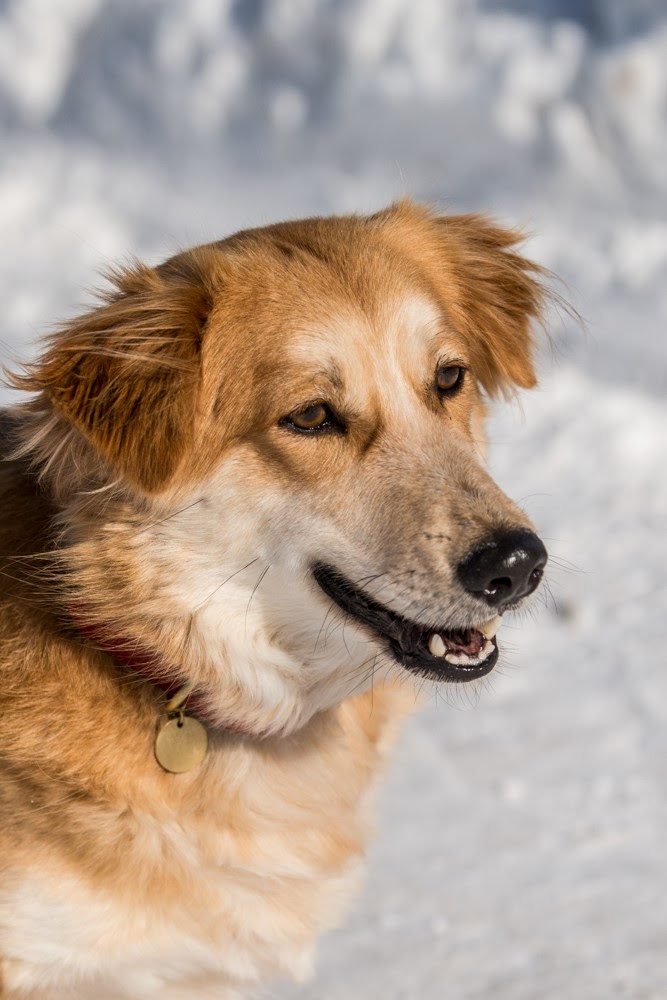 Another of our dogs from Thailand's Soi Dog Foundation, Program, is now one of the mainstays of our outreach program Peace Creatures, and works with vulnerable young children impacted by domestic abuse who are living in safe shelters with their moms. 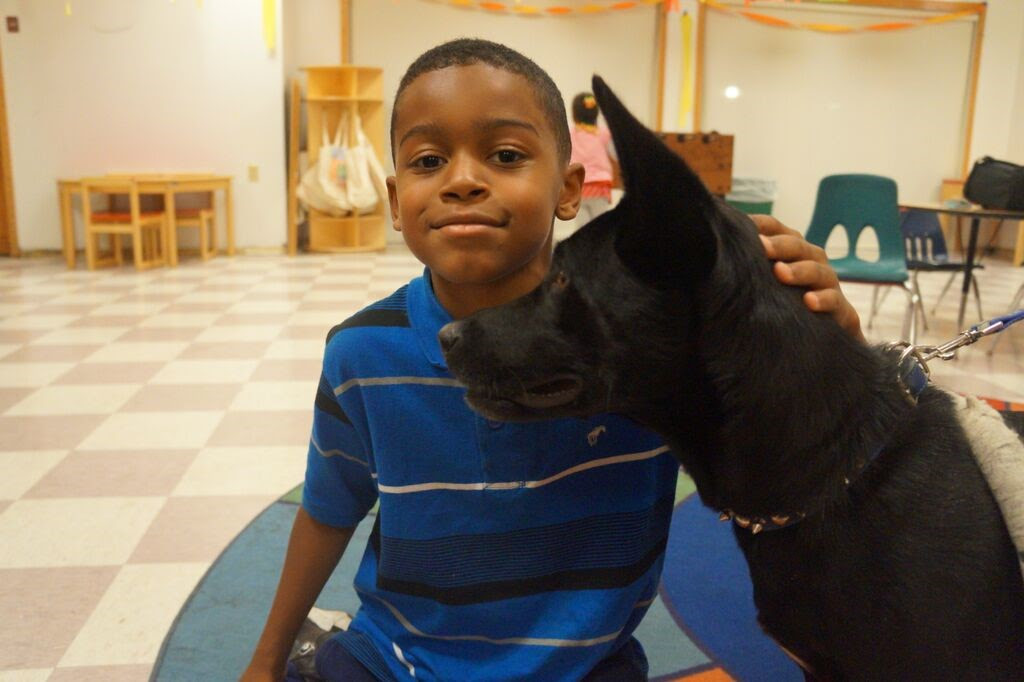 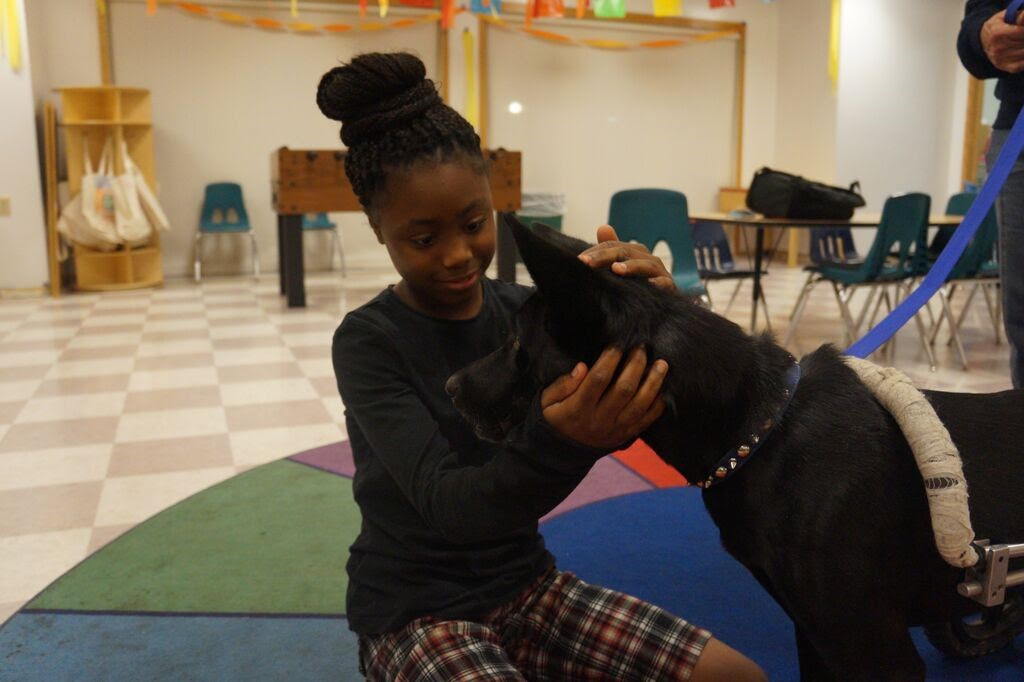 Nino, from Mexico, suffered the amputation of both his hind legs when he was only a few days only. Nino was lucky- the other puppies of his litter were killed by a gang of boys wielding machetes. The gang only managed to hack off Nino's hind legs before his desperate mother, a street dog who lived in a village outside of Cancun, snatched him away in her mouth and ran. She brought him to a taco stand owner who regularly fed her, and he was able to get Nino to a Mexican dog rescue, who asked Home for Life to help him. Nino seems to have no memory of the trauma he suffered when so young, and is an incredible example of resilience and forgiveness for the school groups he visits. 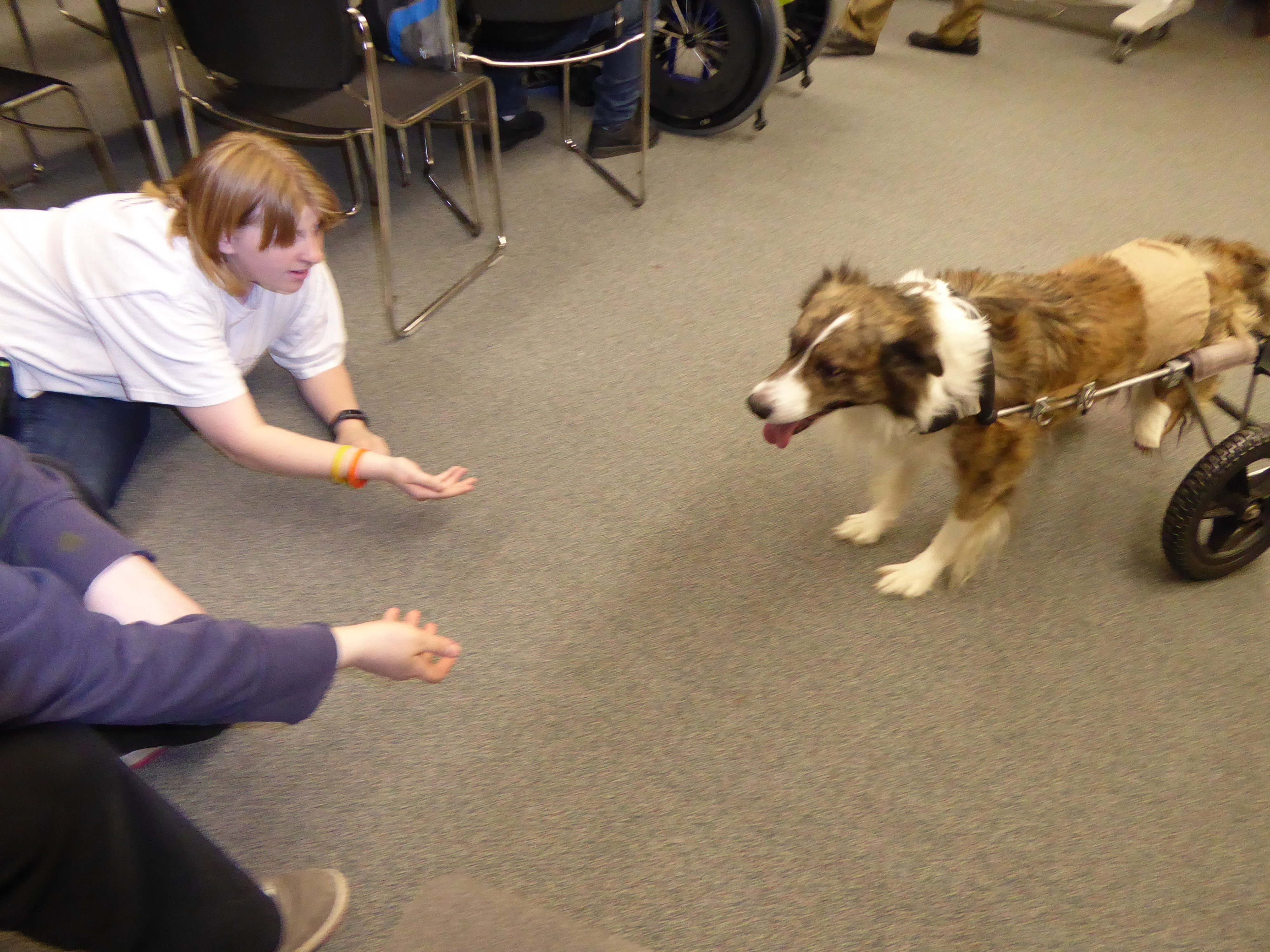 Home for Life's international rescues even includes cats like Momokun, a blind and epileptic cat who is a great ambassador for our Peace Creatures program. 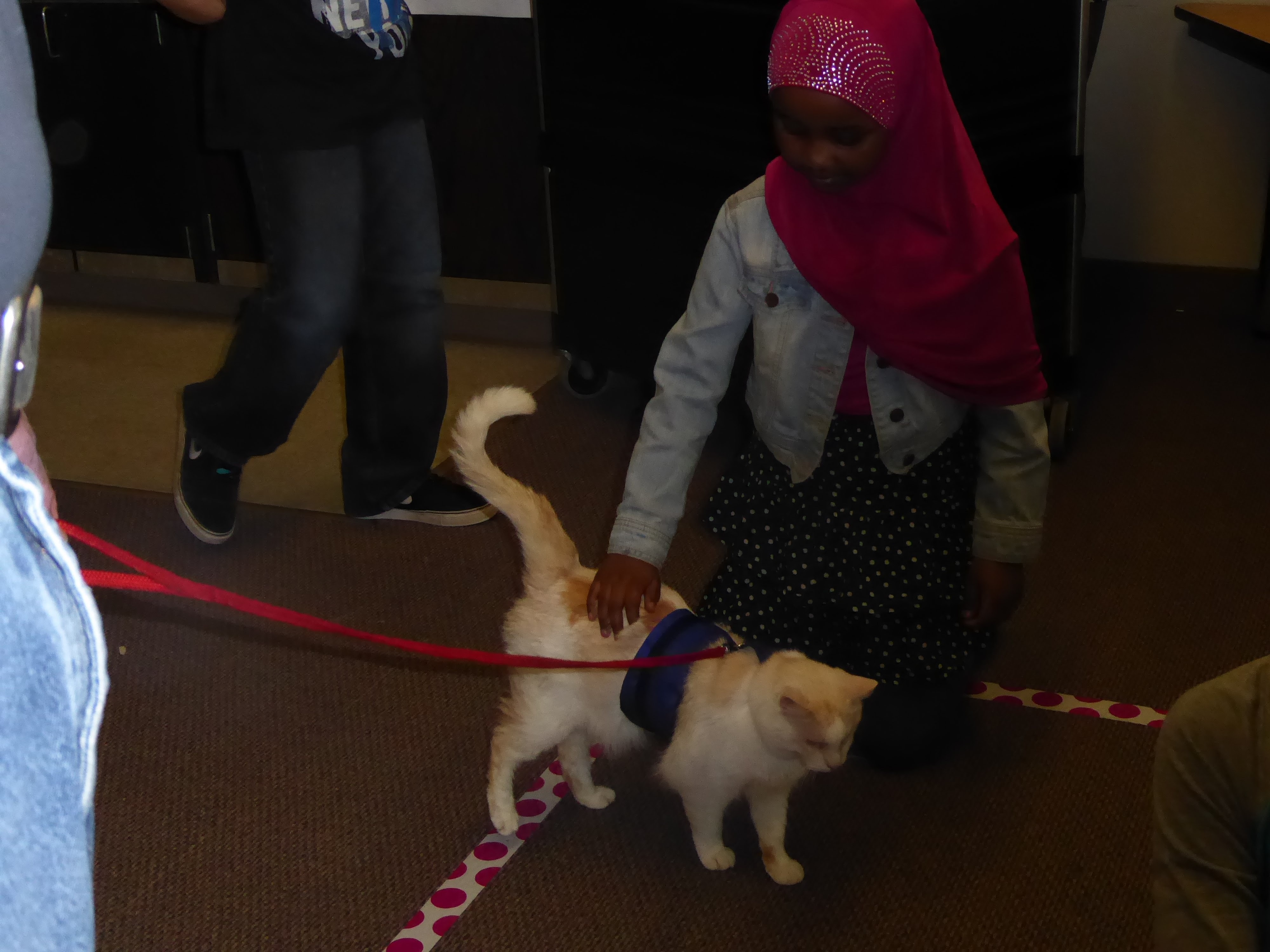 Venus is a German Shepherd from Iran whose ears were amputated by a cruel person, before being rescued by Iran's Vafa Shelter.
Venus is now a beloved therapy dog, providing solace and joy to young soldiers recovering from head injuries and amputations at the VA Medical Center's Poly Trauma Unit in Minneapolis, one of just four such facilities in the entire country. For dogs like Venus and Program, politics are not a barrier to their reaching out and helping these injured young soldiers or traumatized children. 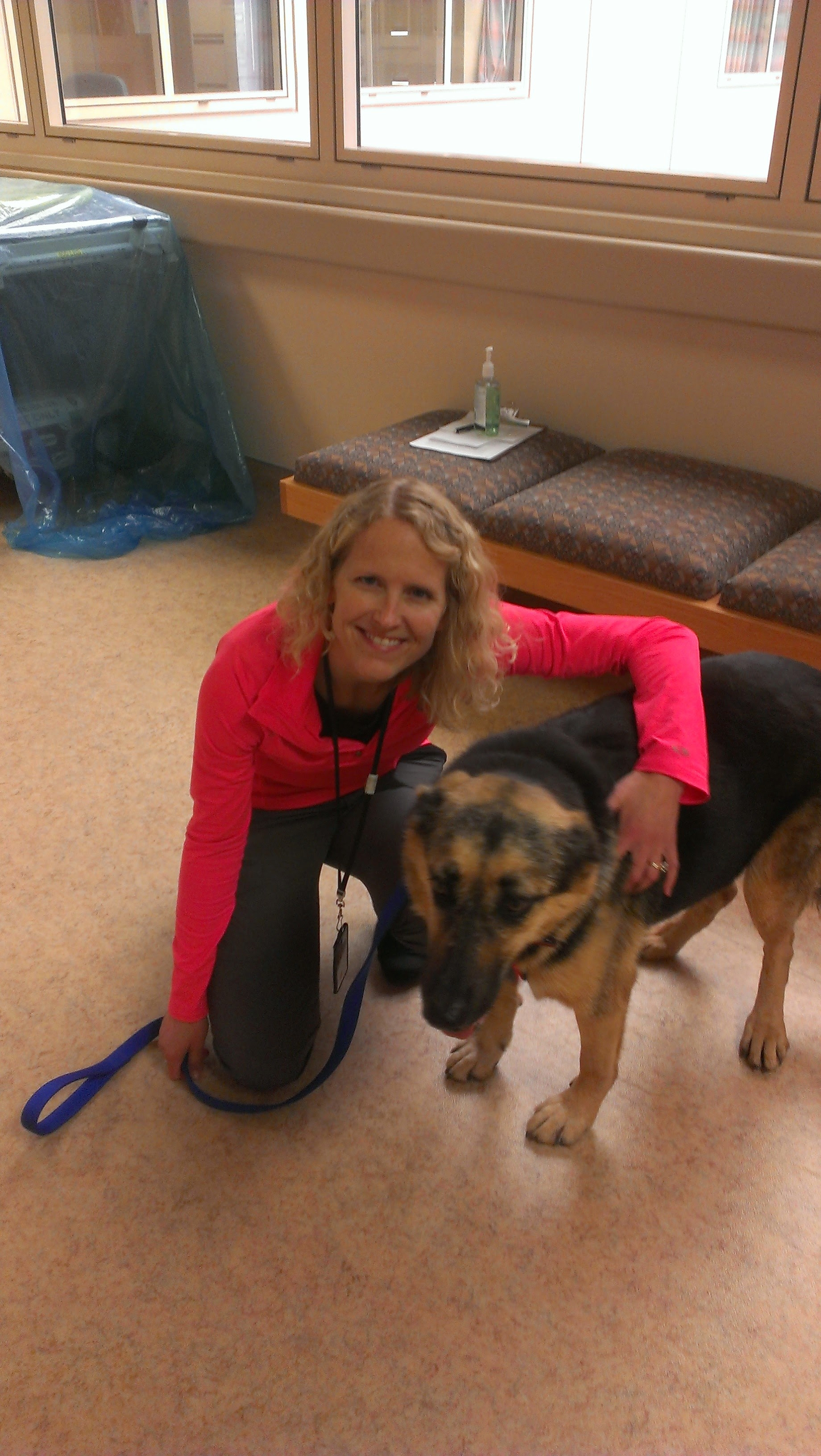 Venus and Shannan, a rehabilitation specialist at the VA Medical Center's Poly-Trauma Unit in Minneapolis. 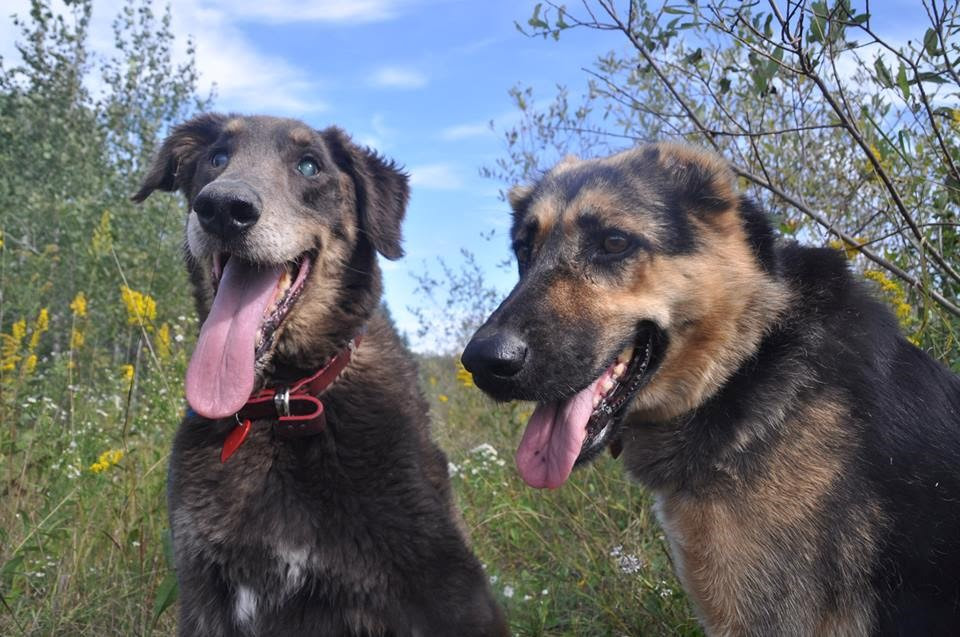 Venus and her friend Smokey.
Seeing these animals in action, one can't help but wonder why we can't be more like our cats and dogs, who see the good in everyone they meet, approaching them with an open heart, which builds a bridge of understanding, no matter what the person looks like or where they come from. How inspiring it is that these animals from other countries, who came to Home for Life desperate for a second chance, are now able to give back to some of the most vulnerable and at risk human beings of our communities!
As a care for life sanctuary, Home for Life has the opportunity to support the work of animal welfare activists in these countries, who are daily combating this cruelty, by helping them with the most desperate cases. To extend this aid restores the faith of brave individuals on the front lines and brings a ray of light to the often bleak circumstances and uphill battle they face. There are no politics among those who care about animals when the goal is to help a vulnerable cat or dog. The compassion for the animals is the common bond we share which  transcends barriers and boundaries, these dogs and cats creating the rapport which breaks down fear and misunderstanding between cultures and countries. Fear divides but animals combat and help heal that divide.
Posted by Home for Life Animal Sanctuary on Wednesday, January 27, 2016