Joy : In memory of Stephen Huneck 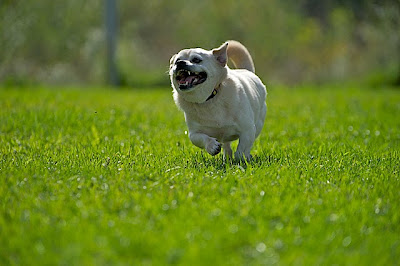 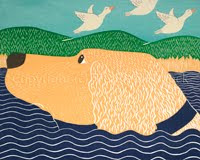 January is a tough month. The holidays are over and spring far away . There is the whole long year to get through. The temperatures are at their most bitter,and the drudgery of caring for the animals seems more tedious than normal. The economy continues to be a concern and a stress,with our resources stretched and many animals needing help.


At challenging times like these, it helps me to go thru the photos of the Home for Life animals like the one of Otto and remember why we do this hard work. His happiness and that of our other animals makes all the struggles worth it.


January 7 is the anniversary of the death of Stephen Huneck, the artist who created the Dog Chapel in Vermont. He died a year ago, and is sorely missed by all who were lucky enough to have known him and his work. Stephen was a gifted artist who,since 2004, had contributed an original piece of art for our annual fundraising gala and was a generous friend to Home for Life, considering himself our " artist in residence". He always wanted to visit Home for Life but due to his busy schedule never had the opportunity to do so. So, although technically, he was not " in residence",spiritually he was connected with the mission of Home for Life, and our work on behalf of special needs animals who were unwanted. He agreed to have his artwork featured on the cover of our Summer newsletter in 2006 and let us make the selection. We chose the woodcut above left, entitled "Joy"- unknown to me at the time, this work happened to be the favorite of Stephen's wife Gwen.


The common observation made about Stephen's artwork is how joyful it is. Dogs live in the moment and enjoy their lives to the fullest. With his art,Stephen expressed the sheer joy dogs experience just being alive and the joy they bring those of us who love them. I think he felt a kinship with Home for Life, first because he liked our mission and that we help dogs who had no where else to turn, and also because he recognized and loved the demonstrable joy and happiness of our dogs once they have safely arrived and settled in at sanctuary.


Otto, above right is a great example of a lost soul of a dog who has blossomed since arriving at Home for Life. This photo was taken of him in September, about six weeks after he came to us.Otto was surrendered by the Young At Heart Rescue of Chicago, IL. Otto,described as an pekingese cross, at least age 8 and probably older, was found by Animal Control in the window well of a home. It was estimated that he had been in the window well for two days or longer as he had worn his nails down to bloody stumps,desperately trying to claw his way up and out. Fortunately he was found before he starved or drowned . Poor Otto then was then caged at a boarding kennel for months, with no one interested in adopting him due to poor housebreaking habits. Dawn at Young at Heart speculates he might have been from a puppy mill or grown up in a barn where he never was properly trained to go outside. Since coming to Home for Life he has thrived and enjoys his new dog friends, soaking up love and attention from our staff and from volunteers and supporters at events like the Mall of America Holiday event and the freedom to run and play after his hard life and months of confinement. Home for Life is set up so the dogs can go outside via doggie doors as they need to,and therefore Otto's housebreaking issues do not present the problems for our sanctuary as they would for a typical home. Otto is now a cherished member of the Home for Life family where he will be loved and cared for as long as he may live. I think the joy that is evident in his photo is as much due to his finding a place to belong at Home for Life as the chance to run off leash in one of our meadows!


On the sad anniversary of Stephen's death, seeing the joy of dogs like Otto which inspired him and remembering that the joy expressed in his art will live on forever makes his loss easier to bear. Here's a touching tribute to Stephen Huneck from the blog Dog Art Today that I thought was one of the best written about him: http://dreamdogsart.typepad.com/art/2010/01/remembering-stephen-huneck.html To learn more about Stephen, his art and Dog Mountain and the Dog Chapel in St. Johnsbury VT, go to http://www.dogmt.com/

Posted by Home for Life Animal Sanctuary on Friday, January 07, 2011